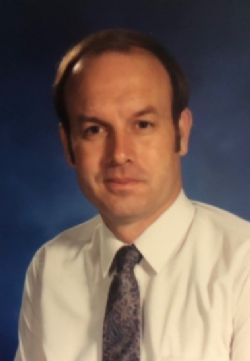 Bernard K. Youngblood, age 75 of Lake Village, formerly of Monticello, passed away Sunday, September 26, 2021, at his home in Lake Village. He was born October 10, 1946, in Monticello, AR to the late Dallis H. Youngblood, Sr. and Cora Pittman Youngblood.
He was a retired educator of 21 years with most of his career spent in the Drew Central School System as the Girls Basketball and Track Coach. He also served on the Drew Central School Board. He later received his Principal's Certificate and served as High School Principal at Fountain Hill, Parkdale and Dermott before retiring. After his retirement, he spent several years as Quality Control Manager at Selma Flooring.
Bernard was a member of Shady Grove Missionary Baptist Church and a former member of East Side Baptist Church where he served as a Deacon for 25 years, as well as Sunday School teacher and Church Treasurer. In addition to his parents, he was also preceded in death by a brother, Dallis H. Youngblood, Jr.; a daughter, Lisa Lynn Youngblood; and his wife of 36 years, Linda Barnett Youngblood.
He is survived by his wife of 17 years, Dianne Youngblood of Lake Village; one daughter, Lea Ann (Barry) Dolan of Crossett; two stepdaughters, Angela (Justin) Hood of New Braunfels, TX and Kristie (Mike) Gore of Bryan, TX; one grandson, Nathan McIntyre (Karly Crone) of Fayetteville; five grandchildren, Victoria Hood, Hunter Hood, Kennedy Gore, Ireland Gore and Danni Dolan; three special little people, Haven, Holynn and Cohen all of Fayetteville; and a special little friend, Bear.
Funeral services will be 10:00 a.m. Saturday, October 2, 2021, at Stephenson-Dearman Funeral Chapel with burial to follow in Oakland Cemetery. There will be a visitation one hour preceding the funeral service beginning at 9:00 a.m. in the chapel. Online guestbook at www.stephensondearman.com.