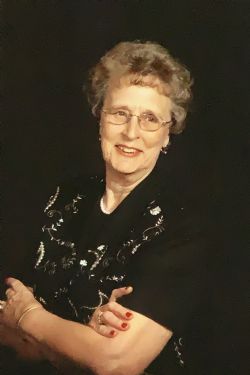 Rachel Ann McDaniel, 85 years old, passed away peacefully at Chapel Woods Nursing Facility in Warren, Arkansas on Monday, November 8, 2021. She was born to Ulysses McDaniel and Mary Adlee McDaniel in Drew County, Arkansas on November 30, 1935. She lived most of her life in Drew County, Arkansas. Besides her parents, she was preceded in death by a sister, Robbie Louise Hayes, and a granddaughter, Jennifer Carpenter.

Rachel made her most important decision when she became a believer in Jesus Christ at a young age. She became a member of Second Baptist Church in Monticello in 1955. Rachel attended Drew Central and Monticello Schools. She worked for Burlington Industries in the Sample Department, drove an 18-wheeler cross country, and sold insurance for Washington National. She loved her three daughters, her grandchildren, and her great-grandchildren. She was always very proud of them. Rachel excelled at her two hobbies which included gardening and cooking.

Funeral services will be Thursday, November 11, 2021, at 2:00 p.m. in the Stephenson-Dearman Chapel. Burial will follow in Oakland Cemetery. Visitation will be one hour prior to the service time in the chapel. Please sign the online guestbook at www.stephensondearman.com.