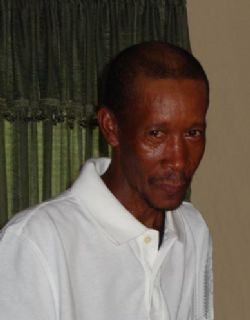 Dewitt Collins departed this life on Monday. July 11, 2022, at Cape Fear Valley Hospital in Fayetteville, North Carolina. He never like the idea of flying and had his first flight back to Arkansas. Dewitt was the kindest person you could ever meet. He would always offer his help whenever and wherever it was needed. He was born August 26, 1958, to the late Grover (GC) and Velma Collins in Coleman, Arkansas. He started his education at Drew Elementary and graduated from Monticello High School in 1976. Dewitt worked at many of jobs while living in Fayetteville, North Carolina, Arkansas and also in Milwaukee, Wisconsin where he spent some years.

Dewitt is preceded in death by his parents, G.C. and Velma Collins, brothers; Jerry Collins and Kenneth Collins, and many more family members that were waiting for him to arrive.

Left behind to cherish his memory are four sisters, Julius Marie Nolen of Little Rock, Arkansas, Laura Ann (Charles) Davis, Evelyn Faye Collins (James R. Miller) of Milwaukee, WI, and his sister Crozell (June) Lucas (Edward); our brothers; Sammy Collins of Montrose, AR., Grover C. Collins of Milwaukee, WI, Melvin Collins, and William Earl Collins of Monticello, AR; along with numerous uncles, aunts, nieces, nephews, and many families and friends. Dewitt, a constant presence in all of our lives will be deeply missed.