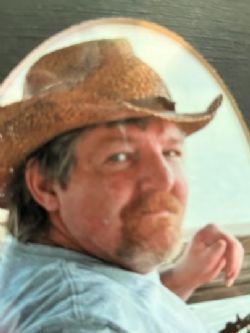 John Glenn Qualls, age 60 of Monticello, passed away Saturday, July 23, 2022, at The Blossom Nursing and Rehabilitation Center in White Hall, AR. He was born May 12, 1962, in Monticello, AR to Sally M. Harris Qualls Griffith and the late William Herschell Qualls.

He was a retired prison guard and flooring contractor and member of Rose Hill Cumberland Presbyterian Church. John loved the outdoors where he was an avid hunter and fisherman. He also founded an online support group for chronic pain sufferers. John was an avid Razorback fan and enjoyed watching the games with his mother, Mrs. Sally. Even after they were no longer in the same household, they would call each other to talk about the game as it was going on. He also had a love and passion for animals, a trait that he passed on to his daughter and grandson. Those that knew John knew that he had a very contagious personality and sense of humor. He and his daughter Keitha were more like best friends and enjoyed grilling, bonfires and beer. His grandson Cayden was the light of his life and he was so proud of him. There was never a dull moment with the two of them. In addition to his father, he was also preceded in death by a brother, Gary Qualls.

He is survived by his daughter, Keitha Danielle Dodson, and grandson, Cayden Dodson of White Hall; his mother Sally Griffith of Mississippi; and two brothers, Mike Qualls of Mississippi and Mark Qualls from Watson. Funeral services will be 6:00 p.m. Wednesday, July 27, 2022, at Rose Hill Cumberland Presbyterian Church with Rev. Mike Qualls and Rev. Jim Fisk officiating. Burial will be in Rose Hill Cemetery. You can sign John's guestbook page at www.stephensondearman.com.