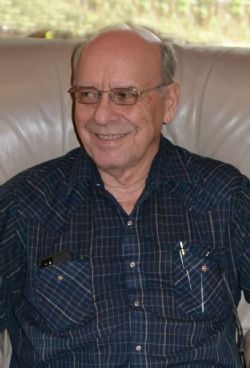 Rufus (Lamar) Caldwell, age 84, passed away in his home in Monticello on November 9, 2022, following a short, terminal illness. Born April 28, 1938, in Star City, AR, he was a graduate of Lakeside High School in Lake Village. He served in the United States Air Force for 21 years, achieving the rank of Master Sergeant. Known by many names - Pete, Poppy, and Mr. Lamar - he was a ''jack-of-all-trades'' and a man of many quiet talents. Lamar was a long-time employee of Paint and Lighting Plus in Monticello until his second retirement at the age of 80. He was a dedicated and active member of Immanuel Baptist Church.

Funeral services will be held 2:00 p.m. Sunday, November 13, 2022, at Immanuel Baptist Church. There will be a visitation from 4:00-6:00 p.m. Saturday evening at Stephenson-Dearman Funeral Home. Burial will be in Oakland Cemetery. You can sign Mr. Lamar's guestbook page at www.stephensondearman.com. In lieu of flowers, the family requests that donations be made to one of the following: Immanuel Baptist Church Food Pantry, Special Olympics, or Habitat for Humanity.