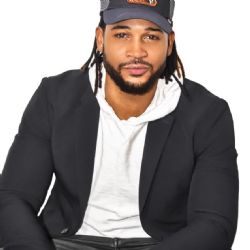 Frank Junior Watson was born on September 19, 1983, in Little Rock, Arkansas. He passed away on November 22, 2022, in the Harlem borough of New York City, New York. Frank was 39 years old. He was a member of the Kennedy Blvd. Church of Christ located in Monticello, AR.

Frank was involved in many extracurricular activities during his tenure at Monticello High School. Frank was a fire marshal, Beta Club member, National Honor Society member, Teachers of Tomorrow member, and class president all four years of high school. Frank participated in a band, in which he played the baritone and earned the ''First Chair'' position at All-Region Band competitions. Frank also participated in tennis, at which he excelled and continued to play into adulthood. He also attended tennis tournaments internationally as an avid professional tennis fan. Frank participated in drama, which he would continue to pursue after high school, landing roles in two movies, ''Listen to Your Heart'' and ''The Challenger,'' both of which appeared on Netflix. Frank also participated in madrigals, at which he excelled and performed across the state of Arkansas. Frank graduated with honors from Monticello High School in 2001.

After high school, Frank attended the University of Arkansas at Fayetteville where he was an active member of the student body. Frank served as president of the Kappa Kappa chapter of Alpha Phi Alpha Fraternity Inc. Frank is from The Fall 2003 Line, ''12 Guardians of the Golden Light.'' Frank was also a member of the Razorback spirit squad. In 2005, Frank graduated from the University of Arkansas at Fayetteville with a Bachelor of Science degree in Business Administration with an emphasis in Marketing.

After his college graduation, Frank found himself drawn to New York City, New York. There he studied acting, graduating from the New York Conservatory for Dramatic Arts. His movie debut was in 2010 when he played Roger in ''Listen to Your Heart.'' In 2015, Frank played Terrence in the movie ''The Challenger.'' He looked forward to getting back into acting in the upcoming year.

While in New York, Frank was self-employed as an event planner. He built a great reputation for his incredible events. His friend circle was large, and his heart touched many. Frank loved traveling. Although he traveled the world, Mexico was his favorite vacation spot. He also loved tennis, fashion, theater, attending Broadway plays, fine dining, and the housewives television series.