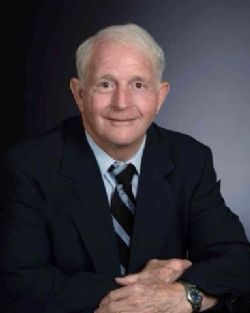 Barton Alan Bynum was born in Dermott, Arkansas, on June 7, 1945, the son of Woodrow Wilson and Janie Richardson Bynum. He died on January 21, 2023, at the Southern Hills Cottages in Rison, Arkansas. To him, growing up in the fifties in Dermott was about as good as a kid could get. Summers, after-school hours, and weekends were spent on his bicycle, riding all over town with his friends; playing baseball on a dusty field in a white t-shirt and jeans with a ragtag team, just for the fun of it; camping out with his Boy Scout troop, slapping mosquitoes and cooking over an open fire; and simply being free, from early morning until dusk, when he was expected to be at the supper table, on time and scrubbed clean.

In junior high, he discovered his love and prowess of football, mowing down the opposing teams with delight. After an injury sustained as a senior, he played freshman ball as a walk-on at SMU, where he had chosen to attend in hopes of becoming a Methodist minister one day. But he soon realized that college ball wasn't as fun to him as it had been in the glory days of high school, and Dallas quickly lost its initial appeal after John F. Kennedy was killed during his freshman year there. So he returned home to attend Arkansas A & M College, where he graduated with a BSE degree in 1969, just weeks before marrying Judy Lane of Monticello to begin their 53 years of marriage.

On weekends and summers as a teenager and college student, Bart worked at Parker Lumber Company, joining the Dermott Fire Department as soon as he was of age. After moving to Collins, he helped organize the Collins-Cominto Fire Department and served as their first fire chief. It was during this second stint of firefighting that he fell through the roof, the ceiling, and the floor of a burning house, changing his life forever.

Hunting was his lifelong passion. A member of the Parker Hunting Club overlooking the Mississippi River, he hunted deer, doves, squirrel, and quail in the fall, followed by his beloved duck hunting in winter--the colder and wetter, the better. He continued his love of duck hunting throughout life, both as an avid participant with the ''band of brothers'' called friends and just by watching the silhouetted ducks in the early dawn. This was the epitome of contentment and peace for him. Bart deeply loved both his friends and his sport.

For the first decade of their marriage, Bart and Judy lived in Dermott in the house where he had grown up. Their children, Jody and Woody, were born in 1971 and 1975, respectively. In 1979, they purchased the John Larkin Place and moved to Collins. After teaching school for a couple of years, Bart was an insurance agent, the owner, and manager of the Western Auto store for twenty-five years, and a loan officer at First Service Bank for the subsequent decade, finally becoming the preacher he felt he always had been called to be. His thirteen years in the pulpit of Wesley United Methodist Church were some of the most fulfilling years of his life.

His treks across the Scottish Highlands began on his fiftieth birthday, and he made six or seven hiking trips during the years that followed. On his land in Collins, he carved trails all up and down the hills, where he hiked religiously several miles after work each day. His love of land and wildlife was evident by the feeding plots and feeders everywhere, and he received a state award for his efforts.

After contracting West Nile Virus, his health began a slow decline that eventually forced his retirement. By that time, however, he was the world's best grandfather to Emma and Garraway Nance, as well as the proudest father of his singing son and physician daughter. He delighted in his family and loved driving his old truck, Chocolate, around the farm with the kids or grandkids in the back with the dog, or sitting in the swing on the banks of the pond, just holding hands with Judy. He voiced his love and respect for others continually, so there was never any doubt how he felt about them. He was famous for his hugs.

Bart will be remembered fondly for his love of Christ, his family, his friends, and for everyone he met; his quick, dry wit; his love of literature and poetry; his delight of children, especially little girls with ponytails to be pulled; and his Chesapeake Bay retrievers always at his side for 50 years.

Bart was preceded in death by his parents, Woody and Janie Bynum of Dermott; his parents-in-law, Herbert and Corine Lane of Monticello; his sister, Ann Bynum Dunbar; and his son-in-law, Jon Garraway Nance; Survivors include his wife, Judith Lane Bynum of Collins, Arkansas; his daughter, Dr. Jody Grimm (Robert) of Sallisaw, Oklahoma; his son, Woodrow Bynum of Albany, New York; his grandchildren Emma Lane Nance of Bronx, New York, and Garraway Nance, Matthew Grimm, and Allie Grimm of Sallisaw, Oklahoma. He will never be forgotten through tales told around the campfire or at family gatherings around the dinner table.

Memorials may be made to the Curry Cottage of Southern Hills Cottages in Rison, 701 Main Street, Rison, AR 71665, the Collins-Cominto Fire Department, 3739 AR Hwy 35, Monticello, AR 71655, the First United Methodist Church in Monticello, 317 S. Main St. Monticello, AR 71655, The Charles Graham Ministries, P O Box 24, Dermott AR 71638, or to a charity of your choice. Simply ''paying it forward'' to help another will honor his memory. Special thanks go to the residents and staff of Curry Cottage at the Southern Hills Cottages of Rison, who nurtured and loved him during his final months.