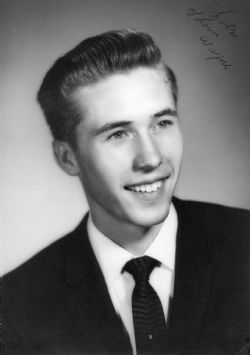 Wayne Keith Gambill, age 77, of Sheridan, Arkansas, passed away Saturday, November 13, 2021, at Baptist Hospital in Little Rock. He was born November 25, 1943, in San Diego, California to the late Horace Hurley "Harry" Gambill and Betty Jo Harris Gambill. Wayne served our county in the Army. He trained at Ford Ord and Fort Sam Houston and was an active duty Medical Corpsman in Germany. Wayne was honorably discharged on January 31, 1968, and then he followed in his father's footsteps with a career in the airplane manufacturing industry. He started working in 1965 at Rohr Industries in Chula Vista, California and he retired in 2003 from BF Goodrich Aerospace in Arkansas. Wayne and his wife, Kathy, shared 54 years of a loving marriage. His hobbies included fishing, woodworking, reading, movies, music, camping, traveling, and his children's sports.

Wayne is preceded in death by his parents and brother, Kennon Hurley Gambill.

The burial will be in Green Hill Cemetery.

A family memorial service will be held in the Spring.