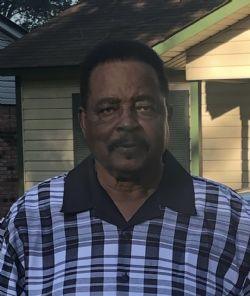 Bobby Lee Ferrell, Sr. was born in Drew County, AR to the late Sylvester and Luerilla Ferrell on January 17,1941. He was the second of nine children. Bobby departed from this Earth to eternity on Wednesday, September 15, 2021, peacefully in his home.

Bobby accepted Christ at an early age and continued to serve faithfully as a deacon at St. Mary AME Church. He grew up to be a hardworking family man who dedicated his life to the Lord and his family. He worked as a Supervisor for Burlington here in Monticello for 30 plus years. When the mill shut down, he later got a job as a school custodian for the Monticello School District where he served for over 20 years. He also attended church at New Relationship Christian Center where his Pastor is Pastor Martiz Scott. He was mostly well known in the church by the powerful prayers that would go forth by him on Sunday morning all through his life. We thank Gid for the Godly man that he was and the love that he produced to everyone he came in contact with. He was a lover of sports, hunting, fishing, and working on automobiles. He loved watching sports on television and attending Friday Night Football at the Monticello High School home games. He was an all-around young hearted great man, and we thank God for his sweet Spirit and presence.