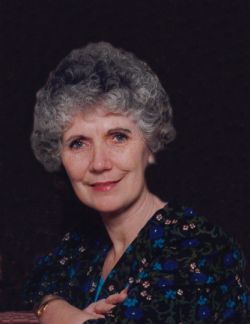 Rosemary Theresa Dyer Woodell Ouzts, age 78 of Monticello, passed away Saturday, November 13, 2021, at Drew Memorial Hospital in Monticello. She was born March 20, 1943, in Philadelphia, PA to the late James Russell Dyer and Theresa Rose Leahy Dyer.
Rosemary's first and most treasured occupation was being a mother to five children. After motherhood, Rosemary held many jobs outside the home which included teaching preschoolers, food service preparation, working in the service industry, medical assistance, and most notably being known as a door greeter at Wal-Mart for over ten years, bringing a smile to the face of many.
Rosemary clung to the Christian faith throughout her life and her relationship with Jesus could be seen by all. She would always wake up before her children and begin her day sitting at the table, drinking coffee and reading her bible, then routinely ended her day reading her bible in bed. Until the end of her life, she was recognized by all by her beautiful eyes and smile, and her sweet spirit and disposition regardless of how she felt. Even during her sickest times, she never complained. In addition to her parents, she was also preceded in death by brothers Frank Dyer, Russell Dyer, and James Dyer; sisters, Theresa (Teri) Elizabeth Dyer Crawford and Diana Dyer; the father of her children, John Henry Woodell; and a daughter, Glenda Woodell Boyd.
As a regular attendee and volunteer at Monticello Senior Citizens, she enjoyed playing Skipbo, participating in arts and crafts, yet valued the time of social interaction and nurturing friendships most of all. Earlier in life, Rosemary was a girls' softball coach and from youth through adulthood, she loved to dance. A legendary story Rosemary shared was about the day she skipped high school to attend American Bandstand, having the opportunity to meet Dick Clark in person; only for her parents to discover that she had skipped school when seen on television. She treasured every opportunity to socialize and spend time with friends and family.
Survivors include a brother Clarence Dyer; daughter, Laura Bragalone and her husband Marc; son, John Woodell, Jr., and his wife Andee; daughter, Rosemary Wells and her husband Timothy; son-in-law, Tommy Boyd; daughter, Joyce Ghormley and her husband Chris; 10 grandchildren, 12 great-grandchildren, and numerous nieces and nephews.
Funeral Services will be held at 2:00 p.m. Saturday, November 20, 2021, at Stephenson-Dearman Funeral Chapel with Rev. Jim Woodell officiating. There will be a visitation one hour preceding the service beginning at 1:00 p.m. Burial will be in Tillar Cemetery. Please visit our online guestbook at www.stephensondearman.com to sign Mrs. Ouzts' guestbook.