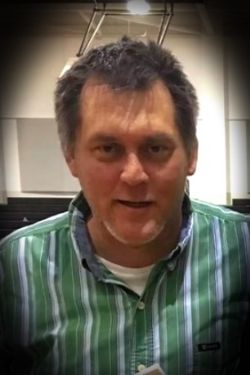 John Clyde Wilmoth, Jr., age 52 of Mayflower, AR, formerly of Monticello, passed away at his home, Wednesday, November 17, 2021, surrounded by his family. He was born on December 17, 1968, in Monticello, AR to the late John Clyde Wilmoth, Sr., and Retha Pauline Connard Wilmoth. He graduated from Monticello High School and attended UAM for 2 years. He worked at Burlington Industries until they closed, then went to work at Baptist Health in Little Rock. He was a member of Cominto Baptist Church and attended Stanfill Baptist Church in Jacksonville with his sister, Suzanne, her husband Greg, and niece Ashleigh. John loved the outdoors, especially hunting and fishing. He was a mentor and friend to many CARTI patients every other Monday as he took chemo for over seven years. He adored his CARTI doctor Jamie Burton and her nurses, Holli and Pat.

Visitation in Conway will be Saturday, November 20, 2021, from 5:00 - 7:00 p.m. at Roller-McNutt Funeral Home, 650 Central Landing Blvd, Conway AR 72032. Visitation in Monticello will be Sunday November 21, 2021 from 2:00- 3:00 p.m. at Stephenson-Dearman Chapel. Funeral Services will follow at 3:00 p.m. Burial will be in Oakland Cemetery in Monticello, Arkansas. Please visit John's guestbook page on our website at www.stephensondearman.com.