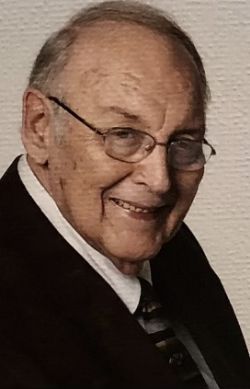 Kenny Wayne Wiscaver, age 78 of Monticello, departed this life Monday, January 3, 2022, at The Woods Health and Rehabilitation Center in Monticello, Arkansas. Ken was born on June 12, 1943, at his family's home in Wilmar Arkansas to the late Wayne and Lenora Wiscaver.
Many will remember Kenny Wayne, as he was often called by Wilmar Community Residents, as an employee of Wilmar Grocery Co, where he worked for many years as a young boy. He was a proud member of the small, tight knit group of the Wilmar Graduating Class of 1961. He proudly and honorably served his country in the United States Air Force (March 1966- January 1971). Upon leaving the military, he attended Arkansas A&M College (now UAM), where he earned his Bachelor's Degree.
Ken served as a Loan Officer at Union Bank and Trust for over 20 years. He also spent a short time as a Farmers Insurance agent in the Monticello area. He most recently retired from working for the State of Arkansas as a Human Resource Officer for The Department of Corrections. Kenny was a faithful and dedicated Christian. He was a loving husband to his wife, the late Bobbie Ann Wiscaver, for 53 years. He was also a role model father to Jeremy and Jonathan Wiscaver, whom he adopted in 1980. Kenny was a Baptist and was a member of the Second Baptist Church of Monticello. He had a love for music and will be remembered as a talented pianist/organist. One of his favorite things to do was to place a synthesizer on top of the piano so he could play the piano and organ simultaneously. His dedication in his faith and love for music led to opportunities to serve in church revivals for many years all over Southeast Arkansas. In his later years, Kenny developed a love for quilting and made numerous quilts for family and friends.
In addition to his parents and wife, Kenny is preceded in death by his sister, Annette Wiscaver Cruce; and a niece, Kerri Kaye Cruce. He is survived by two sons, Jeremy Wiscaver of Monticello and Jonathan Wiscaver of Monticello; three grandchildren, Jacob Wiscaver, Jared Wiscaver and Jasmine Wiscaver; one niece, Terri Lynn Cruce Straughn; a special cousin by marriage, Sue Hayden and husband Johnny of Benton; special friends and brother by choice, Ray and Lana Mathis of Carthage, Missouri; along with numerous friends, co-workers, clients, and neighbors who he loved and cherished.
Funeral service will be held at 10:00 a.m. Thursday, January 6, 2022, at Stephenson-Dearman Funeral Chapel. There will be a visitation from 5:00-7:00 p.m. Wednesday evening at the funeral home. Burial will be in Wilmar Cemetery. You can sign Kenny's guestbook page at www.stephensondearman.com.