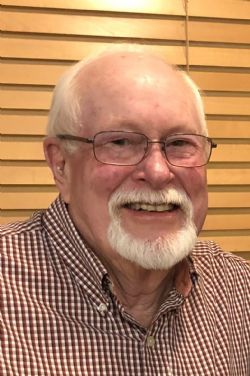 Emanuel Carl Ewell, age 72 of Monticello, went to be with his Lord and Savior Thursday, January 27, 2022, at his home. He was born January 3, 1950, in Drew County, AR to the late David Ray Ewell and Willard Elaine Standefer Ewell.
He was a retired fabrication manager with MonArk Boats and SeaArk Marine with 40-plus years of service. He was a Baptist and served as a lifelong deacon. Carl loved to work on anything, especially outboard motors or just spending time in his shop. His hobbies included hunting, fishing, gardening but, most of all, spending time with his wife, children and grandchildren. In addition to his parents, he was also preceded in death by a grandson, John Austin Ewell; two brothers, James Roy Morris and George Leighton Ewell; and two sisters, Viretta Connard and Marilyn Jane Boyd.
Survivors include his wife of 52 years, Linda Lloyd Ewell of Monticello; one son, Jeremy Ewell and wife Lorissia of Wilmar, Michelle Morphis and husband Joe of Waco, TX and Kim Ray and husband David of Monticello; one sister, Geraldine McLure of Lawton, OK; grandchildren, Zach Craig and wife Stephanie, Layton and Anne-Marie Morphis, Garrett Morphis, Conner, Caleb and Dawson Ewell; great grandchildren, Canyon Craig, Waylon Watson and Logan Watson; and a host of many friends.
Funeral Service will be 3:30 p.m. Sunday, January 30, 2022, at Stephenson-Dearman Funeral Chapel with Rev. Ronnie Garrett and Rev. Tim McDaniel officiating. Burial will be in Rock Springs Cemetery. Memorials may be made to the Immanuel Baptist Church Food Pantry. You can sign Carl's guestbook page at www.stephensondearman.com.