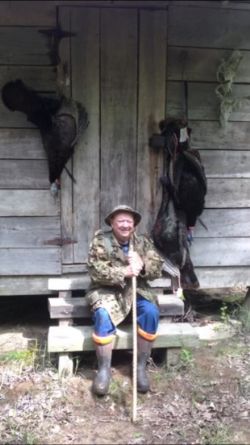 David Taylor Hyatt, Jr., age 88 of Monticello, Arkansas, passed away Friday, January 28, 2022, at Drew Memorial Hospital in Monticello, Arkansas. He was born May 2, 1933, to the late David Taylor Hyatt, Sr. and Hazel Estel Sanderlin Hyatt in Monticello, Arkansas. David was a Monticello High School Graduate. He received his bachelor's degree in Forestry from Arkansas A & M in May of 1962. He also was a graduate of the Arkansas Law Enforcement Training Academy and the University of Arkansas with a degree in Criminology. He was drafted into the U.S. Army in May of 1956 and assigned to the 10th division artillery unit and stationed in Burg, Germany as a field medic. He was discharged in 1958 and served four years in the U.S. Army Reserve before being discharged in 1962.

After his service to our country, David Taylor went on to serve the citizens of Drew County in many different aspects. He was the County Clerk from 1965 - 1970, the High Sherriff from 1972 - 1988, and a member of the Drug Task Force after his retirement. His two favorite quotes as Sheriff were; ''It's not a job for an old man or a person not willing to work'' and ''If a man's a good officer and his heart is where it should be a firearm is the least used piece of equipment he'll own''.

David Taylor was an avid outdoorsman and loved to hunt and fish. Turkey hunting was at the top of his favorite wild game to hunt. He was the happiest being in the outdoors and had a story to tell about every body of water you crossed and tree you passed. No one knew Drew County or will ever know Drew County like him. He loved wood carving and made a Dulcimer over a 30-year period. He was a member of multiple law enforcement organizations and was voted Drew County Man of the Year. He was a member of First Baptist Church of Monticello.

Visitation will be Friday, February 4, 2022, at 1:00 p.m. and services will follow at 2:00 p.m. in the Stephenson-Dearman Funeral Chapel. In lieu of flowers, donations can be made to Arkansas Children's Hospital.
Please sign Mr. David Taylor's guestbook at www.stephensondearman.com.